When I think of Vienna, the first thing that comes to mind is that it was so hot at night – the type of heat where you go in the shower, dry off, and then a few minutes later you’re wet with sweat again. Sorry – I think that’s the most disgusting way ever to introduce this beautiful European city 🙂 I wouldn’t advise going in July. If you do, get a hotel with air-conditioning. We did not have AC and even having a desk-fan with the windows open was not sufficient to keep the room cool.

The city was bustling and the streets had a lively, safe feel in the evenings. We visited an art gallery opening and enjoyed champagne and canapes, which made us feel like we were starring in Sex and the City. How cultured we are! I won’t mention that in reality we stumbled upon it and went in for the free food and drink 😉

We spent the next few days exploring the city, looking at the stunning Cathedral and wandering the shopping streets. Typically, when I went into the Cathedral a massive moth landed on me and made me jump and flap (the international large insect-repelling dance – the Jump and Flap). Not the best behaviour inside a place of worship, but I’m pleading Involuntary Reaction! 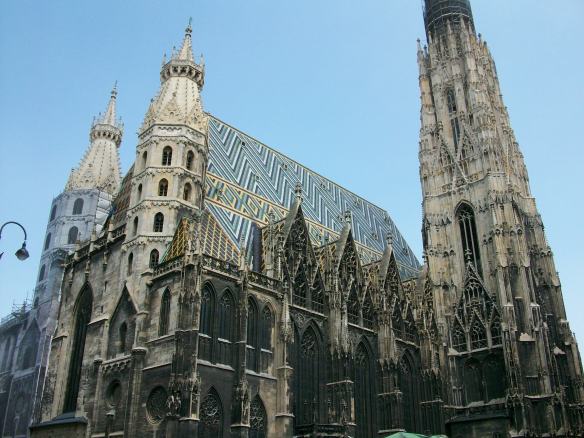 We spent the evenings watching street performers, one of whom we remembered that we had seen before in England. What a coincidence! We went up to greet him like a long lost friend, but he didn’t seem interested.

The architecture in Vienna was beautiful. All tall classic architecture in light stone, making even the shops look like little palaces! There were horse-drawn carriages around town, taking tourists for rides. We didn’t go on one but it added to the charm of the city to have horses trotting around. 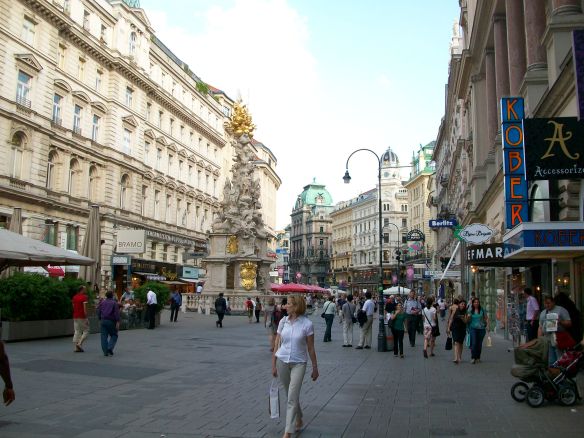 We did a couple of excursions from Vienna town centre – one to the large fun fair just outside central Vienna. We walked and it was a fair walk. Fine if you’re relatively fit and/or on a tight budget, but otherwise I would recommend investigating public transport or a taxi.

The fun fair was really fun, and certainly worth exploring of an evening. It was free to get in and then you had to pay per ride, which I think is fair. My boyfriend went on a few rides. On one he said it felt like he was being shaken around in a tin can. Funnily enough I opted for candy-floss instead! 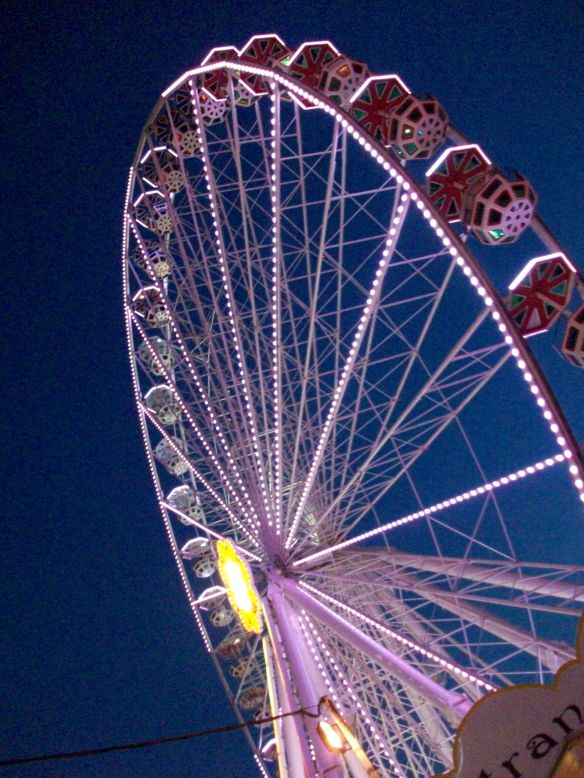 We also took the train out to Schoenbrunn Palace, on the outskirts of Vienna. As the name suggests, there is a palace, as well as beautiful gardens, fountains, an excellent children’s playground, and… a Maze!! We had a race to the middle of the maze and obviously got hopelessly lost in the process. I would highly recommend a visit to Schoenbrunn as a way to spend a pleasant afternoon. 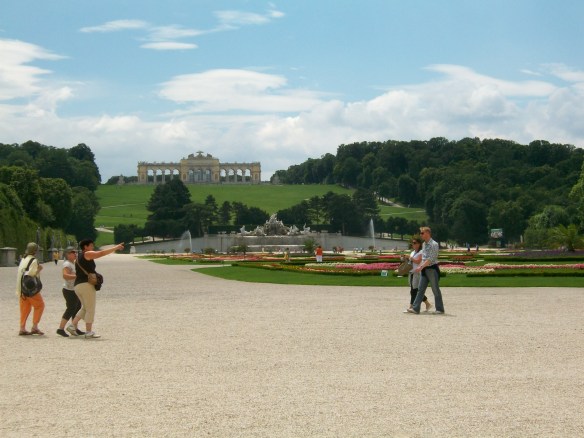 After a few days we moved on to our next location for part two of this holiday. Instead of taking the bus like we normally would, we took….. a Boat! Down the River Danube! How very James Bond of us! 🙂 Read about it in the next blog…