I was pretty terrified of the Everglades. The thought of whizzing along at high speed on an air-boat meant the potential for flies to fly into my mouth, and for alligators to snap at me from the alligator-infested murky waters below. I refused to sit on the edge of the boat for this reason.

However, that turned out to be a somewhat of an over-reaction. I kept my mouth shut (for once?!) and no alligator attempted to eat anyone. It was much more peaceful than I had anticipated, with lots of rare birds – we saw an Ibis, Osprey, Avocets, and Herons. 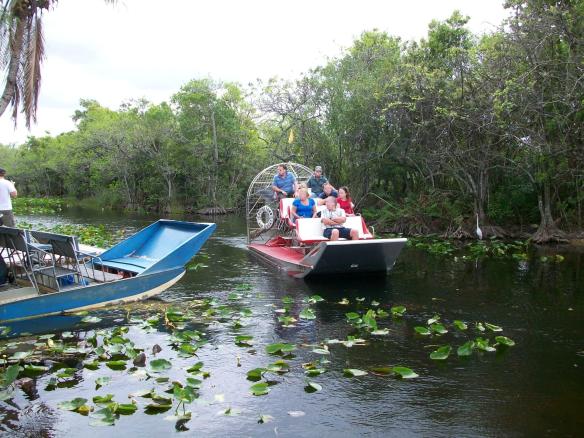 The driver of the air-boat turned out to be a bit of a comedian, and made jokes throughout, like at one point he said all the women and children had to get out and push. We laughed (we were in high spirits). Later on he said “this is where we start the walking tour section of the trip”. Everyone laughed again. Then… A WOMAN GOT OUT OF THE BOAT!! The driver didn’t seem particularly phased and said you can get out on the left side of the boat, but there are alligators. I was alarmed and entertained in equal measure. The woman stood knee-deep in the swampy water, and the driver explained that this part of the everglades was too shallow for alligators. However, after the woman got back in the boat, we drove on and only about 100 metres away we saw our first alligator!

I remain shocked at this – would you get out of the boat and walk knee-deep in water in the Everglades?? Since I was scared inside the boat, I think we know that I would not. Anyway, we also saw plenty of birds and mangrove swamps on the air-boat tour. 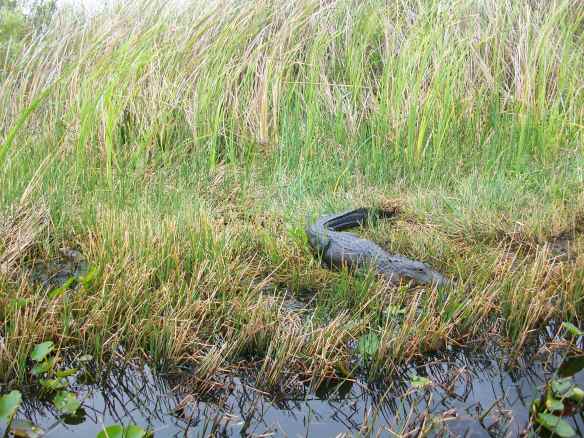 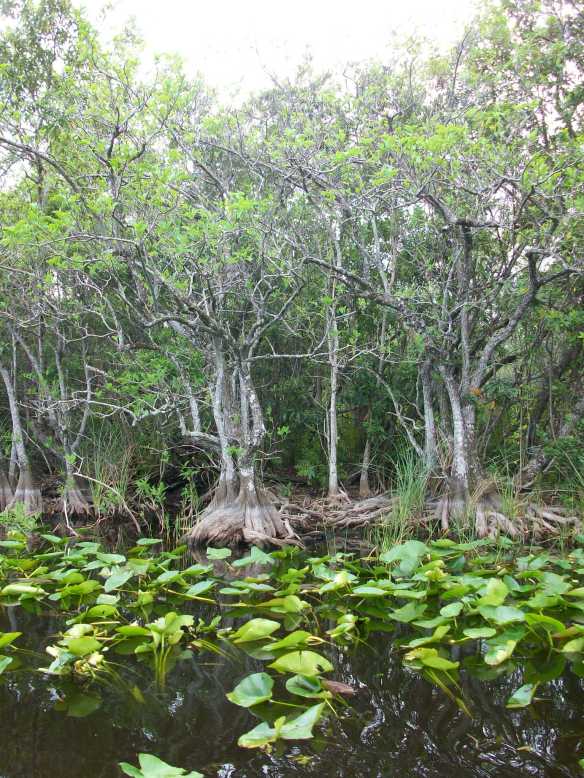 We were pretty impressed by our air-boat tour, and we drove on our way. However, much to our surprise, we saw more alligators in a stream that ran parallel to the road. I stopped the car for a better look. We were excited and amazed that you can just see alligators in the wild by the side of the road!! After revelling in this excitement for about an hour, we stopped at Oasis Visitor Centre. Here there is a boardwalk designed so you can look straight down upon the river beside the road, and there were loads of alligators! These were also wild, since there was no fence keeping them in. As you can see from the photo below, there was a biggun right next to the road. I wanted to walk round on the hard shoulder to get a closer look, but before we started to walk up, I realised the cars were going at about 60mph and it was actually very stupid – if the alligator lunged at me, I’d probably end up running into the road. I couldn’t see a happy ending to this scenario, so we thought better of it! 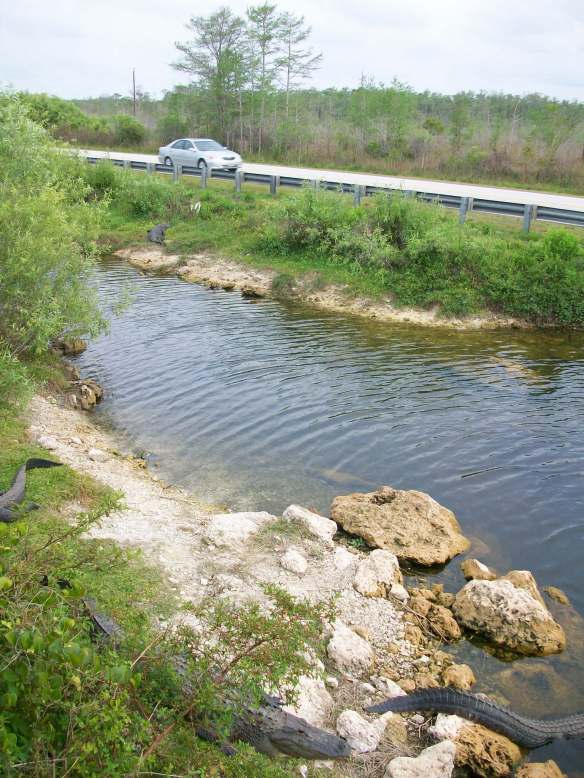 Further on we saw signs saying “Caution, Panther’s Crossing”. Honestly – it was like another world! In a day we saw Pelicans, Alligators and now we were warned about Panthers?! The most I’ve seen in England is bunny rabbits, sheep and ponies 🙂 Anyway, sadly we didn’t see any Panthers. But there’s something to knowing they’re out there!!

Next blog: West Coast of Florida