The English department of my school ran a Stratford trip in 6th form. This was legendary within the school and everyone looked forward to the trip. So imagine my disgust when one of my exam dates fell during the trip. The teachers were really nice and bought me a Little Book of Shakespeare for me which was really sweet. But I still missed out.

So, I have now made up for it by visiting Stratford myself. I love this place. It is beautiful, hold lots of history and culture, has a great theatre scene, and it is lovely to stroll along the River Avon.

The Royal Shakespeare Theatre has recently been re-done but they have left a lot of the shell of the old one, in a style which I love. A few years ago I went to see Macbeth in the old theatre and the fire alarm went off half way through, which was lucky really as my friend and I were falling asleep – not that it wasn’t excellent – we were just very tired!

We also saw Matilda at the Crescent Theatre, which I had to see when I knew Tim Minchin wrote the music. I predicted that it would go to the West End and sure enough it did!

Talking of geniuses, Mr Shakespeare is from Stratford. I think it’s fair to say that William Shakespeare wrote some of the most seminal works of all time. Romeo and Juliet, Macbeth, A Midsummer Night’s Dream, Othello, Hamlet. These texts are studied in English Literature departments in schools, colleges and Universities up and down the country and probably in other countries too.

Shakespeare’s birthplace is right in the middle of the town, in a handsome cottage normally swarming with tourists. Shakespeare was lucky really as his house was only a few doors down from Subway, which must have been very convenient. 😉 Shakespeare’s Mum’s house is in a village called Wilmcote, two stops on the train North of Stratford, in a quaint cottage called Mary Arden’s House. You have to pay to go into both of these, and for that reason we haven’t (yet).

One lesser known fact about Stratford is that it also contains the house of the Mother of John Harvard, who founded Harvard University in USA. Harvard House keeps a low profile on the High Street. On a previous visit I have seen a plaque explaining the history of the house, but I couldn’t see it this time so either I have gone blind or they have removed it, which seems strange. It is very unassuming, considering many tourists would be very interested to see this house. 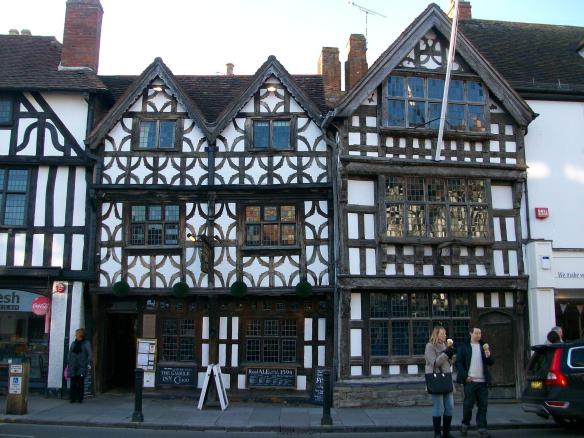 Stratford is just a lovely peaceful place to stroll around on a weekend and I would highly recommend visiting here, whether you are a tourist or a local. There are the usual high street shops, cafes, and restaurants, as well as some independent alternatives to the chains. It’s perfect for a mini-break and is about 45 minutes on the train from Birmingham, which has good train connections with the whole of the UK. 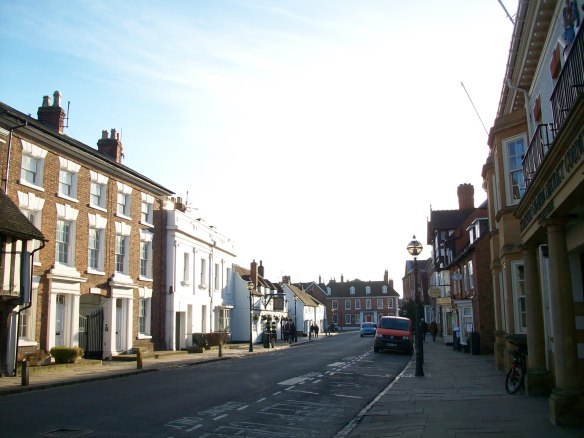 So did we find Shakespeare during our trip to Stratford? Yep, I think we did 🙂