One of the main reasons for coming to Memphis was the National Civil Rights Museum. This was the town in which Martin Luther King was shot, and the history of this is palpable, especially as they have preserved the Lorraine Motel in which he was killed. 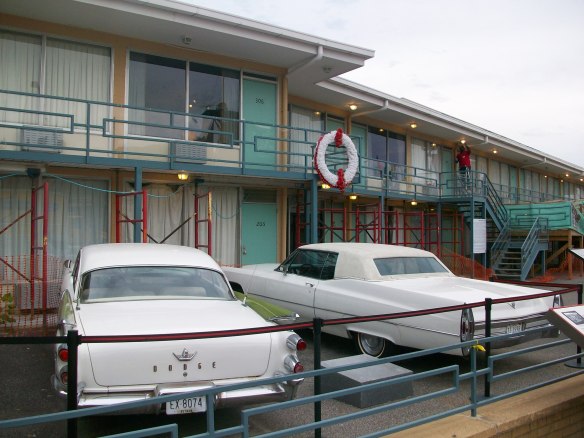 The Museum itself walks you through the background to Martin Luther King being assassinated, including the protests that brought him to Memphis that week. The Museum has preserved the bedroom and bathroom of the shooter, so you can see where the shot was taken from. The shooter was James Earl Ray and after he fled the scene he managed to board a plane across the world to London and Lisbon, Portugal. He was finally arrested in London Heathrow where immigration noticed his passport was fake. The museum goes into the various conspiracy theories, for example how could a drifter have financed his global escape plan – did he have help?

There is some information about the wider context of the Civil Rights Museum, and key cases like Brown v Board of Education. I found this really interesting, but this section was slightly brief and in fact was located in the corridor before the ticket office as you enter.

Across the street, the Lorraine Motel where Martin Luther King was staying is also preserved, complete with vintage cars outside. There is a mournful song playing on a loop to make you even more sad and contemplative. 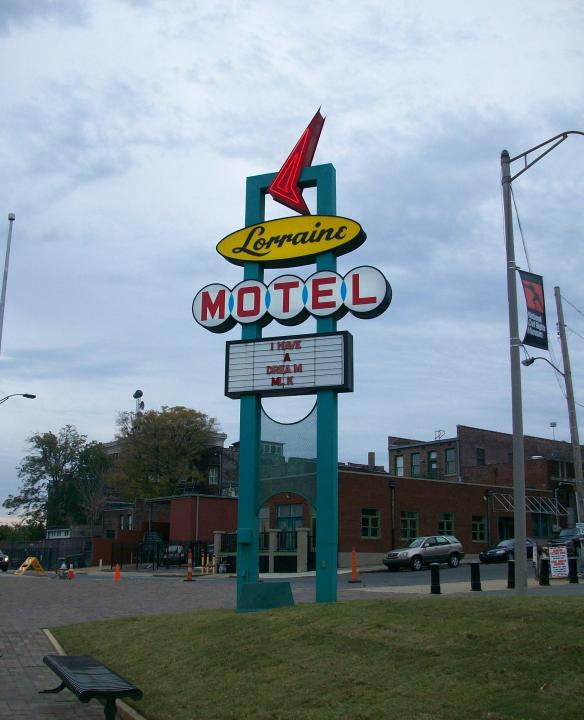 On our way out, we saw a lady sitting on the street corner protesting, along with a sign saying she had been sitting there for 25 years and so many hundred days. I was intrigued to see what she was protesting about, and impressed that anyone was that eternally devoted to any cause. I was a bit scared to go over and talk to her, but me and my BF nudged each other into going over, so over we went. Her name was Jacqueline Smith and she was apparently the last tenant of the Lorraine Motel. She was a really likeable character and when she realised we were from the UK, asked if we knew the TV show “Keeping Up Appearances” with Hyacinth Bucket!! 🙂

She said she was protesting about the Civil Rights Museum on two grounds – 1. it focused on MLK’s death rather than his life, and 2. she said it cost $27 million, and they gentrified the area and local residents left so they could build condos. She said this isn’t what Martin Luther King would have wanted. Definitely food for thought.