Entering Yellowstone National Park from the North East entrance with bright eyes and bushy tails, first on the agenda was the infamous Lamar Valley and then the northern part of the Grand Canyon of the Yellowstone. 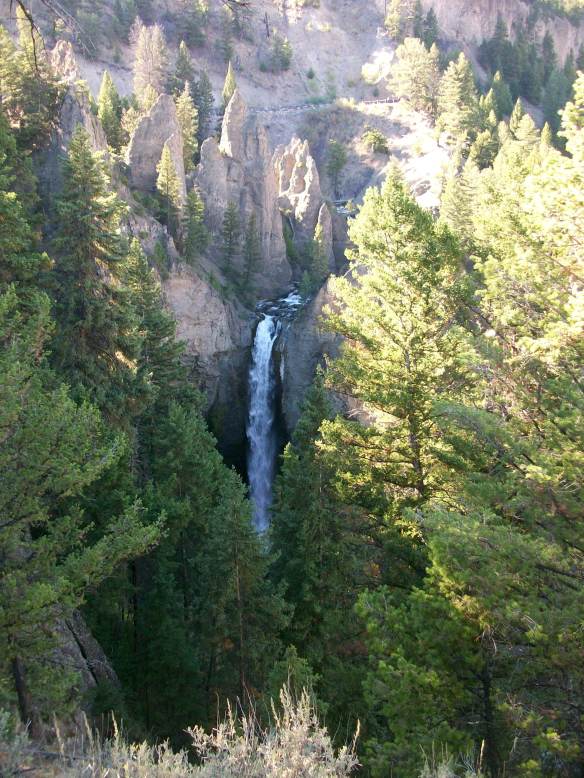 The Lamar Valley is apparently known as the “Serengeti of America”. This may well be the case, but sadly not for us. Maybe it’s luck, maybe it’s because we didn’t go early enough, or maybe it’s because we didn’t have a powerful enough binoculars. But we didn’t see much wildlife in the Lamar Valley. We were excited to experience our first “Bison Jam” (like a Traffic Jam, but caused by Bison!) but all we encountered was a herd of Bison in the distance, and an antelope. In retrospect we should have stayed longer there, and used binoculars to scan the tree line. I think we were naive in expecting wildlife to jump out at us!  Luckily later on in the holiday we saw lots of Bison, Elk, and Antelope quite close up 🙂 – but more on that later…

After the Lamar Valley we then headed to the Grand Canyon of the Yellowstone. We visited Tower Falls (photo above) which was a pretty falls and we were enthralled by tiny chipmunks running round here!

I was more taken by the dramatic cliffs nearly, which had vertical stripes / columns in them. I later found out these are Basalt Columns, formed by the cooling of lava flow (that’s as far as I’m going with an explanation as it seems complicated!!) You can get a good view of these from the Calcite Springs lookout. 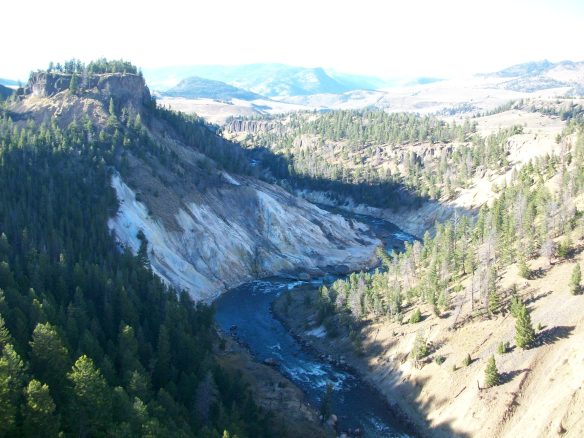 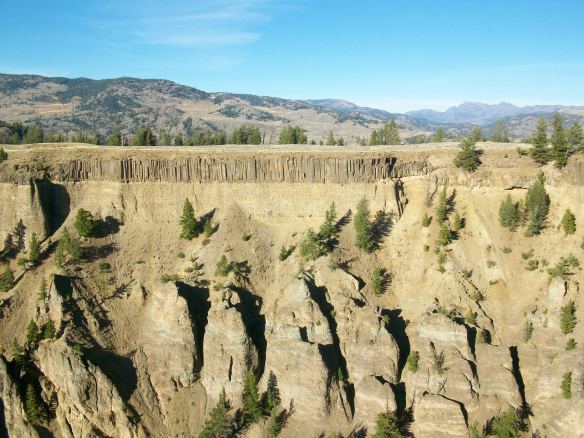 We didn’t venture south to the main Falls of the Yellowstone due to time, but instead headed to Mammoth. We stopped briefly at the “Petrified Tree”, mainly as we had no idea what that was! When I saw it, I still had no idea what it was and I thought it was basically a tree trunk. It turns out that it is a fossil, so a tree was buried by layers of sediment and then minerals flow into the tree and the plant material itself decays. So the tree shape is preserved but it is now made of minerals or crystals like quartz. I now feel like a thicko for thinking it was a tree trunk! 🙂