To be honest, the reason we went to Ottawa was that we were in the vicinity and it was the capital so it was almost obligatory to pay a quick visit. And I’m so thankful that we did as it turned out to be my favourite of the 3 Canadian cities we visited this holiday. It was just lovely. 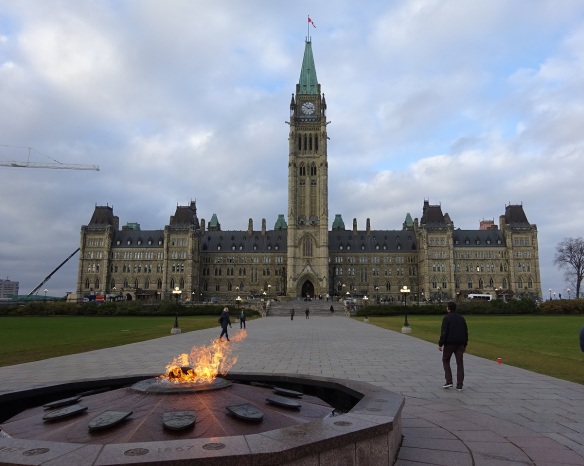 We started our trip by visiting an axe throwing place – something my BF set up. The man who runs this was really lovely, and had a genuine love for his sport so was happy to show us. I was pretty terrible at it and couldn’t get the axe to stick in the target. I was also genuinely worried that I would hit my own head (or someone elses!) with the axe or similar. My BF on the other hand was a natural – he managed to get a bullseye on his second go. We were chuffed to have had a go, even if I was useless! 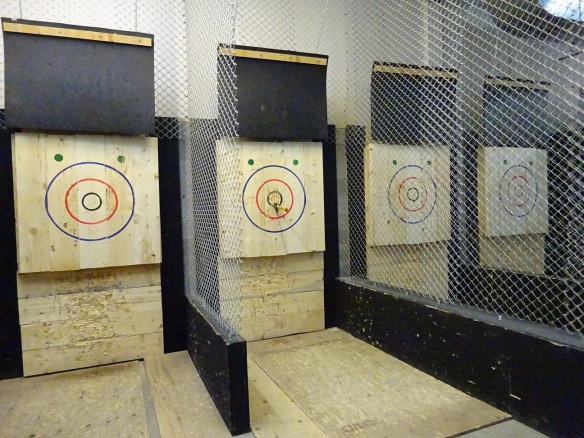 Ottawa was our last stop on this trip, so we were keen to try as many “Genuine Canadian” things as possible before heading home! So breakfast was a beavertail – a long shallow piece of dough with a sweet or savoury topping of your choice (we had nutella). It was delicious!

We grabbed a steaming hot cup of our favourite – Tim Horton’s French Vanilla Cappuccino, which served as a hand warmer while we walked around. We headed up to Parliament past many locks on the Rideau Canal. The canal had been drained when we visited – presumably in readiness for the winter ice skating. During the winter you can ice skate up the Rideau Canal, making it the longest (and coolest) ice skating rink in the world. 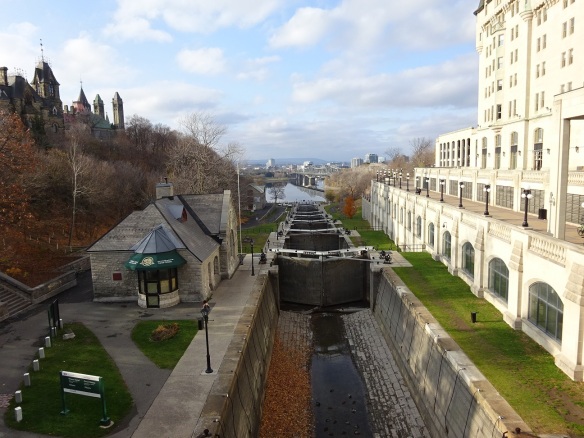 The tours of Parliament had sold out (they are free, but tickets had all gone). We managed to get a ticket to go up the Peace Tower which was great! This is the tall bell tower in the centre of the Parliament building. You have to go through copious security to get in, but once in, you ride an elevator to the top, and the views over Ottawa and the Ottawa River are amazing. I heard a girl telling her friend that the flags flown on parliament are changed every day, and Canadians can put their names on a waiting list to get the flag sent to them for free – but the waiting list is apparently around 60 years long! It’s a nice idea to send them to people, but I don’t really understand why they are changed every weekday – it seems wasteful and unnecessary to me.

We saw the original peace tower clock in the bell tower, and it had a sign saying it was made in Croydon, UK, which amused us. I guess there’s lots of UK links, with it being a Commonwealth country.

After the Peace Tower, we went through more security and then went in the House of Commons public gallery, which was really interesting. As the country has 2 official languages (English and French) there is a head-set on every seat so you can hear the translation. There is also some information on the history of the place, for tourists. It was a sensible, calm place (unlike the US Parliament when we visited!) and everyone seemed to be listening to the person speaking. Except for one guy who looked to be writing his Christmas cards… while listening carefully, I’m sure! 🙂

Outside Parliament there is a very interesting water fountain …. with fire on it! I have never seen anything like this before. They must bubble gas up through the water so there is literally fire on water (see main picture). 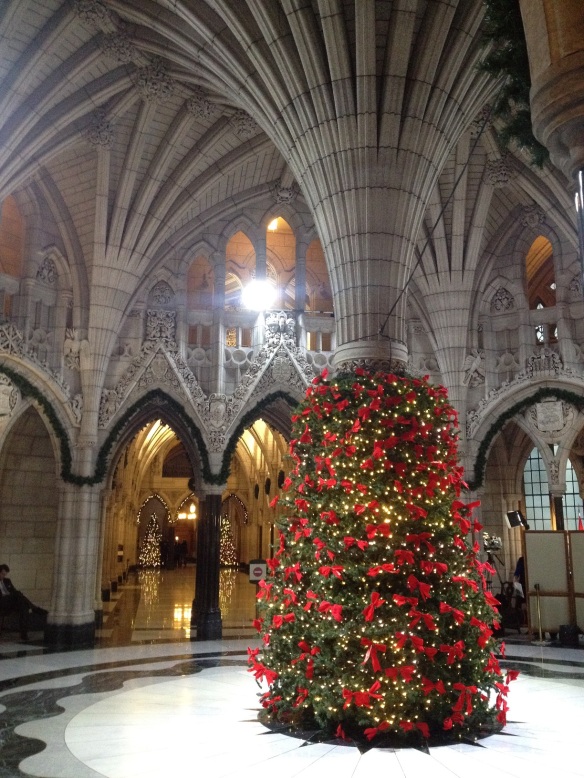 We spent the afternoon in Byward Market and the big shiny shopping Mall nearby to get warm. Byward Market is a small area of artsy shops, cafes and restaurants as well as some nightlife. We pottered about the shops and had a visit to Sweet Jesus, which we first tried in Toronto. I had another Smores Hot Chocolate which was lovely again!  Obama visited Byward Market a few years ago and they are still immensely proud of it, with photos and signs all over, and they even named a cookie after him, so you can have “Obama Cookies” there 🙂 A worthy namesake if I ever saw one! 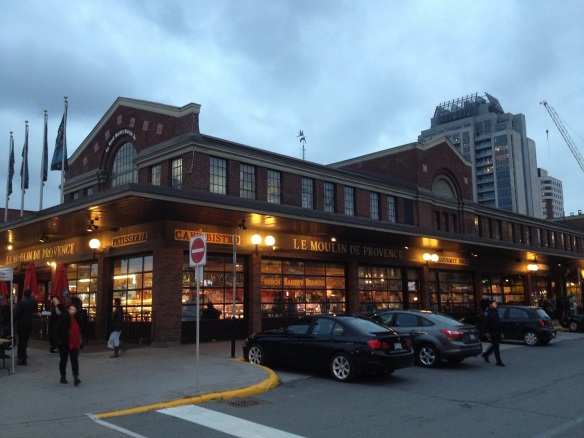 In the evening we took advantage of Free Museums scheme they have on Thursday evenings after 4pm or 5pm (check each museum for their time), which enabled us to visit the National Gallery of Canada for free. We appreciated an hour or so of culture (and warmth – it was a cold evening!). 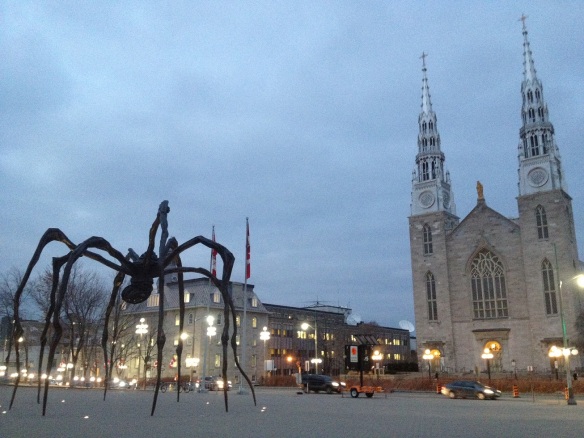 One of the best things about Ottawa is its size – you can walk it without training for months beforehand.

Previous Blog: How to keep your Holiday Memories