When I read of a large stud farm comprising a beautiful chateau, where the royal horses are bred, where you can tour the stud farm (and visitors apparently studiously ignore the stallions mating!), I was immediately keen to visit – we love doing things which are different, and this certainly sounded different!

This place is known as the Versailles for Horses due to its grandeur! It used to breed the Royal Horses, but today hosts stallions owned by private breeders.

There are tours throughout the day, one of which is in English. We were aiming for the last tour of the day but when we got there, were told the tours had finished so we had to make do with the gift shop and a quick look round the place ourselves. However we weren’t allowed in the stables, so there was no sight of any horse-sex. 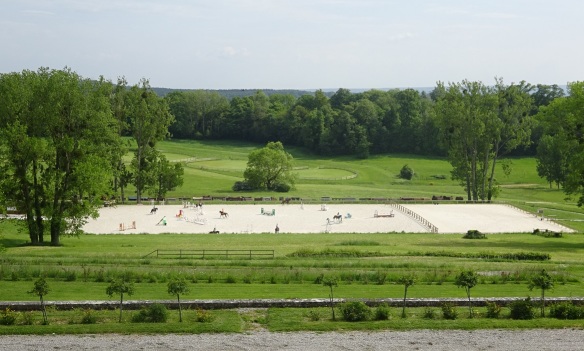 Despite being in the middle of nowhere with a small car park surrounded by forest, there were 2 electric car charging points, just like in Camembert. Very impressive, France.

En route to the Haras National du Pin, we came across the Memorial de Montormel, which commemorates the battle during WW2 to occupy the Falaise Gap, which was a pocket of land around the city of Falaise which took the Allies weeks and thousands of casualties on both sides to capture. The views from the monument were lovely, although sobering to think of the fighting that took place here. There is also a museum here if you wish to find out more. 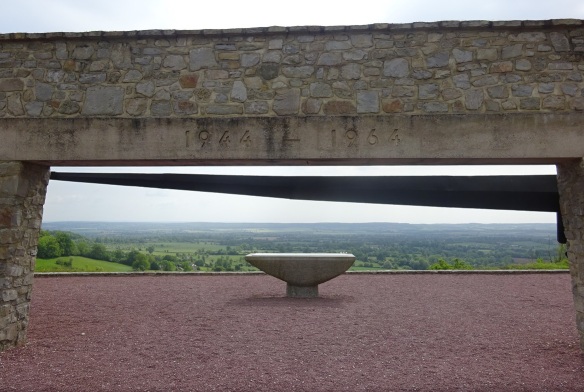