Overall we had a lovely time in Normandy – it was a beautiful little relaxing road trip taking in both historical sites and cultural /foodie ones. Plus copious baguettes, fromage and sunsets of course!

This proves that holidaying needn’t be long-haul or expensive – some of the best holidays are just taking the ferry over the English Channel and pottering about.

As we did a road trip we were always moving on so we did more stuff than we can name – from the historical, such as landing beaches and war cemeteries, to the cultural towns of Bayeux and the tiny village of Beuvron en Auge, to a true foodie pilgrimage – the home of Camembert!

During the trip we decided we liked visiting factories so we also visited a cider farm called Ferme de Sapiniere which made the best cider I have tasted (they did lots of different types including a strong Calvados but the sweet cider was my favourite). On a tour we got to look round the farm and see the machinery that makes it. It was so quiet that we were the only tourists so we had a personal tour! 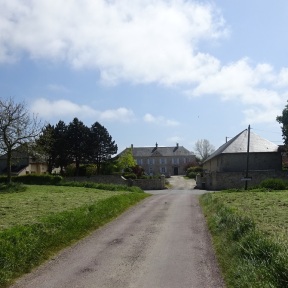 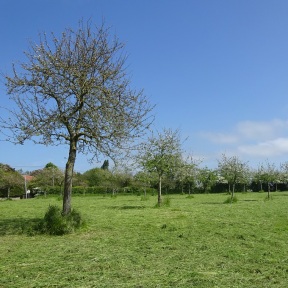 We also stopped in to the factory at Isigny sur Mer to see the Caramels D’Isigny which was also interesting and had information in English about the area, the history and of course the process of making the caramels (which you got to taste!).

On the way back North for the ferry, we stopped at Saint Vaast la Hougue and had a walk around the peninsular and drove past the marina to try and see the oyster beds (which were not visible due to high tide!). It was so nice we wished we had more time there. Maybe next time…

We had a relaxing and interesting trip and I would thorough recommend it if you have the chance.