We have always saved Rome for our honeymoon – partly as my parents went there on their honeymoon so it’s a bit of a family tradition, and partly as it’s meant to be a romantic city so sounded perfect! And so yes Rome was our Honeymoon, and yes, we have got married!! We had a simple registry office wedding with close family and a meal in a restaurant afterwards. It was perfect for My Husband and I (ha ha! still sounds so strange!!). But enough of that – on to Rome!

Our favourite place was the Trevi Fountain. This surpassed our expectations as we thought it would be a small fountain but its sheer scale and magnificence surprised both of us. (That’s a person, bottom right of the photo, and a building on the left of the photo!) Caution, this is swarming with tourists at any time, day or night, so it’s difficult to get any space or a good photo without heads or limbs in it. 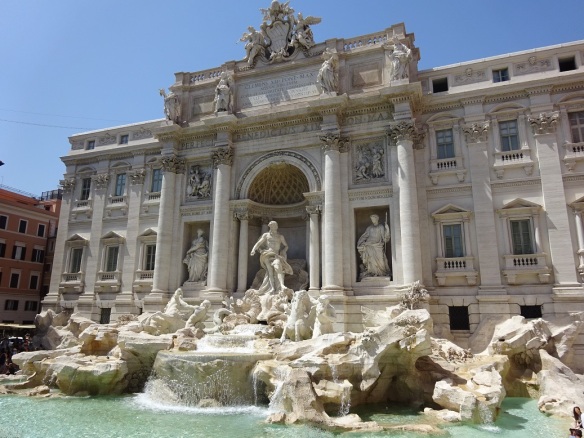 Needless to say, the Spanish Steps are also very touristy. Weirdly, this reminded us of the ruin of St Pauls in Macau – probably the combo of steps, a church at the top, and copious tourists. As my husband quipped, these Spanish Steps in Italy remind us of Portuguese Steps in China! 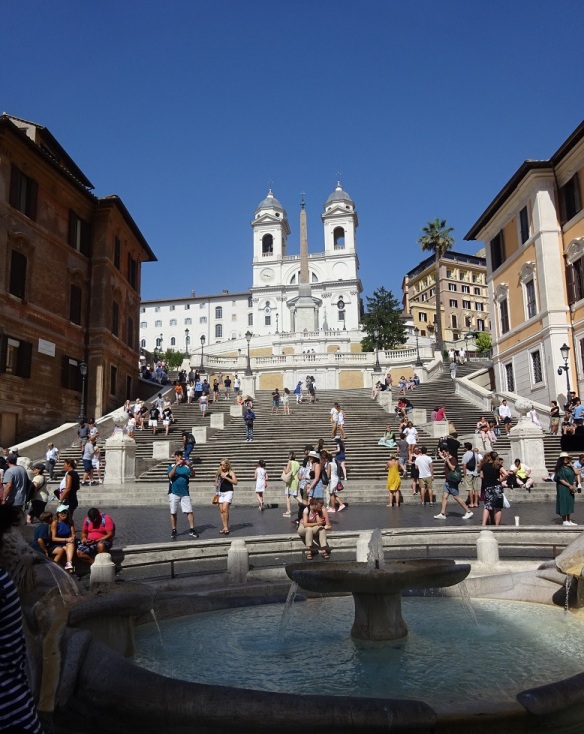 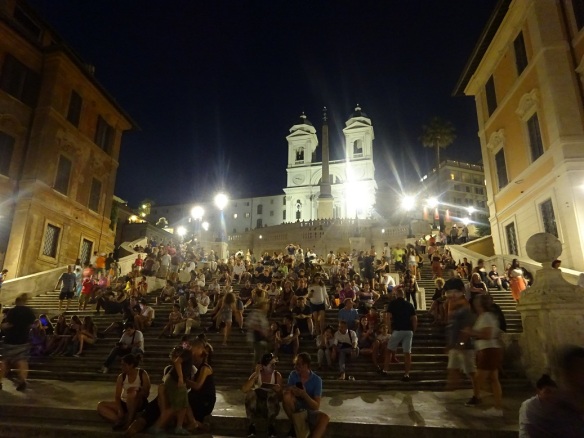 Rome is made for strolling, so there are umpteen streets and small alleyways and cobbled streets, dotted with ice-cream shops, laid-back restaurants and water fountains – very useful for the heat (it was 33*C most of our stay), and good for the environment that we didn’t have to keep buying plastic bottles. 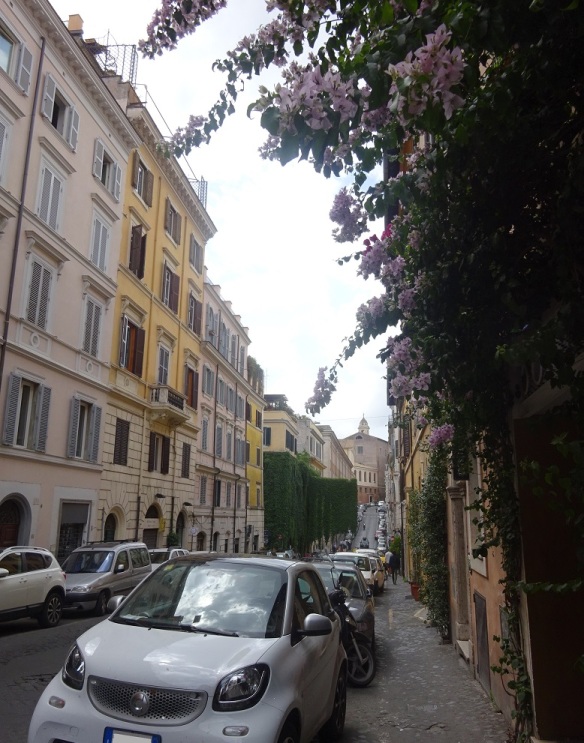 We explored some of the main squares, or “piazzas”, including Campo d’ Fiori and Piazza Navona. Unfortunately Campo d’ Fiori didn’t appeal to me – it was filled with market stalls which were packing up, and the floor was filled with the detritus of the markets and being swilled with water. We were planning to eat there from a small pizza shop I found in the guidebook, but it was closed… so we moved on. And I’m so glad we did, as we went on to Piazza Navona.

The Piazza Navona was one of our favourite places in Rome – a beautiful place to while away the time. There were many street-performers blowing giant bubbles, and playing beautiful music like Pachelbel’s Canon. I have a lovely memory of sitting on a step in the shade, eating a pizza, and trying to get my head around the fact that we were now married, and we were in this amazing place with this lovely music. 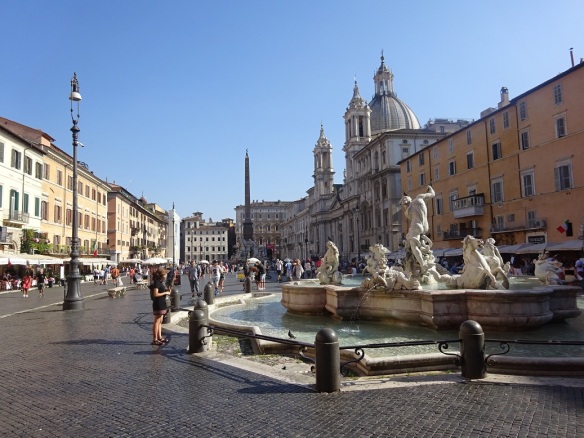 At the nearby Piazza Venezia there is the imposing Vittoriano Monumental Complex; a large white building which includes a war memorial, museum and art galleries, an observation deck called “Terrazza delle Quadrighe” (free, which has views to the front/sides), or a lift called “Ascensori Panoramici” (7 Euros – presumably is higher and has panoramic views?).  We stuck with the terrace which had lovely views and an opportunity sit down in the shade – although I did get told off by the ever-watchful security guard who told me to put my shoes back on. 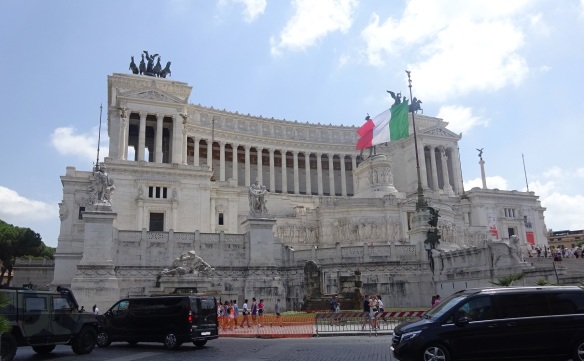 Despite the heat we were very glad to have saved Rome for our honeymoon – it was very romantic and had the amazing food and stunning sights that we had hoped for.  See my next blogs on the food, ancient history, and the Vatican!