From Beppu we meandered our way back to Tokyo, stopping at Kyoto again along the way. By this stage we had found that the easiest way to find a hotel for the night was to call into the tourist information at the train station. We did this at Kyoto, Hiroshima and Kagoshima and Beppu. In all cases, tourist information was friendly and spoke English. They also had great links with local hotels and could phone through for you to check availability and the hotel would hold it for you. This system worked well in every city, so we thought we would try it in Tokyo. We expected to find the tourist information office in the station, like all the other cities…. Guess where we found it? That’s right …  one train stop away from central station, in a building opposite the train station, on the 16th floor. Hmmmmm. I have no idea what the reasoning behind this is. Maybe their strategy is to focus on helping only the most determined tourists?… 😉

After that, we did struggle to find a hotel. I won’t tell you how many hours we spent walking around looking for one with availability that we could afford. I would definitely recommend booking ahead.

One of the funniest things I have seen in my life was my (English) boyfriend trying to ask some Japanese shopkeepers about Sumo… in Japanese. Bless his heart. They didn’t understand. (Something about the pronunciation – in English we would say “Sumo” – pronounced “Soo-mo”. The Japanese pronunciation is more like “Soo-moh” I think…?) So to explain what he meant, he had to turn to our default communication system – Mime. Which meant acting out sumo in the middle of a Japanese shop. If only I had a video camera. Anyway, thanks to his perseverance, and visiting three different shops to buy tickets (cue a repeat performance of the Sumo act!) we got tickets for the Sumo!!

We arrived bright and early, and immensely excited. Well, I say “bright and early”… it was bright and early for us but we were running a tad late – as per usual. We were worried we would miss the start etc… and then we got there and found the entire place empty. We had purchased the second-to-cheapest seats, but we were able to walk right to the front and see it close-up. (As the day progressed, more people turned up and claimed their seats and by the evening every seat was full!)

The man in the beautiful gown is the referee. END_OF_DOCUMENT_TOKEN_TO_BE_REPLACED

My conscientious boyfriend had been learning Japanese all the way around New Zealand. We struck a deal – I would drive and he would learn Japanese. Sounds fair! On the plane to Japan we were strangely calm… which is really very strange looking back, as we had not booked any accommodation and we couldn’t speak the language. I attempted to learn my usual repertoire of words (Yes, No, Thank you, Please, Sorry). My boyfriend on the other hand had a fairly good grasp of basic phrases, (do you have a non-smoking table please? please could we have a room for one night? do you speak English? etc). He practised his Japanese language on the air-steward on the plane, who informed us that Japanese people do not say “No” as it is considered rude. This threw us a bit, as “No” was one of the words we had learnt!

On the train on the way into Tokyo we felt scruffy – everyone was very well dressed. In our previous travels we had felt like the rich westerners – now we felt like people were going to give us money as donations for food. 😉

We arrived in Tokyo late at night and went to a nearby hotel. My boyfriend asked for a room in his best Japanese. The hotel man (who was standing about a metre from him) pointed at him and laughed loudly. To this day I have no idea why – whether he said “penis” by mistake or his accent was funny… who knows! Obviously I found it very rude at the time and felt sorry for poor boyfriend who had taken a great deal of time and effort to learn the language. But looking back it is pretty hilarious! I have resolved to point and laugh at my boyfriend more often, for my amusement. If he asks why, I’ll say I’m being cultural. END_OF_DOCUMENT_TOKEN_TO_BE_REPLACED 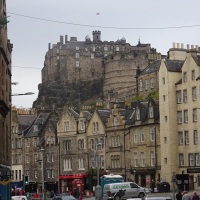 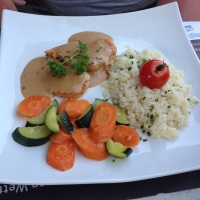 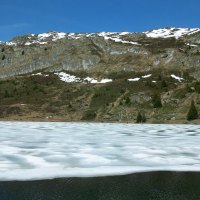